Our own village of Ropley is fortunate enough to be the home of the ‘The Watercress Line’, a heritage railway with working steam trains which travel regularly through the Hampshire countryside between Ropley, Alton and Alresford and also offer driving experiences, dining onboard, and Days Out with Thomas the Tank Engine.

There are numerous museums in the nearby historic city of Winchester, including the 13th century Great Hall which houses the legendary Round Table of King Arthur; and also, Winchester Cathedral which has the longest nave in Europe and a crypt which houses the Sound II statue by Antony Gormley. Also, in Winchester are numerous Military Museums and the medieval Hospital of St Cross which is situated on the banks of the River Itchen.

In Portsmouth are a number of important naval museums in the Portsmouth Historic Dockyard such as The Mary Rose Museum and HMS Victory; and nearby is Portchester Castle, a well-preserved Roman-Saxon coastal fort.

There’s a great literary heritage in Hampshire and Jane Austen’s 17th century house can be found nearby at Chawton; as well as Natural Historian Gilbert White’s house in

Selborne; Keats wrote the poem ‘To Autumn’ after walking along the River Itchen in Winchester. The poet, Edward Thomas also lived nearby, and Charles Dickens’ birthplace, which is now a museum, can be found in Portsmouth.

Other places of interest are Whitchurch Silk Mill in the Test Valley which is the oldest working silk mill in Britain; and the National Motor Museum and Beaulieu Abbey at Beaulieu. Stonehenge and Avebury, which are the largest stone prehistoric circles in the world, are less than an hour away.

National Trust and English Heritage houses in Hampshire include: Mottisfont Abbey, Uppark, Hinton Ampner, Vyne, Titchfield Abbey; and very close by is The Grange, which holds the celebrated opera festival every summer. There are plenty of beautiful gardens you can also visit, such as: Exbury Gardens and Sir Harold Hillier Gardens.

Hampshire’s beautiful beaches are many: in the New Forest you’ll find Highcliffe, Barton-on-Sea, Milford-on-Sea and Lepe. There’s also Hayling Island, the birthplace of windsurfing and a kitesurfing mecca; and Netley Beach which is close to Netley Abbey, the ruins of a 13th century Cistercian abbey.  West Wittering beach is a large, sandy beach near the entrance to Chichester Harbour in an Area of Outstanding Natural Beauty. Hampshire is also famous for its crystal-clear chalk streams and superb fishing on the Test, Itchen and Meon rivers. The River Hamble is one of the country’s leading yachting centres where you can charter a boat or attend a sailing course.

Walking – there are several well-known long-distance routes in Hampshire: The Clarendon Way from Winchester to Salisbury, the Wayfarer’s Walk from Portsmouth to the Berkshire border, the Solent Way from Milford-on-Sea to Emsworth, the South Downs Way National Trail from Winchester to Eastbourne, Shipwright’s Way from the South Downs National Park to Portsmouth Harbour and the Blackwater Valley Path on the borders of north east Hampshire.

Adventure and experience opportunities are numerous and include Calshot Activities Centre, on the Solent near Southampton, which is one of the largest outdoor adventure centres in Britain offering sailing, water sports, rock climbing, skiing and many other activities on the sea and indoors. Go Ape tree top adventures are based both in Alice Holt Forest and Itchen Valley Park. Other centres include: Avon Tyrrell Outdoor Activity Centre, Tile Barn Outdoor Centre, Woodmill Outdoor Activity Centre, Marwell Activity Centre, Alpine Snowsports Centre, Hang Gliding and Paragliding at the Sky Surfers Club, Quad biking at Quadnation and horse riding in the New Forest.

Thruxton Motorsport Centre is the UK’s fastest circuit and Goodwood Motor Circuit is known for its festivals, namely Goodwood Festival of Speed and Goodwood Revival, as well as for horseracing. It’s worth noting that Hampshire will host five International Cricket World Cup matches in June 2019; and The Farnborough International Airshow, which takes place every two years, will be held in July 2020. 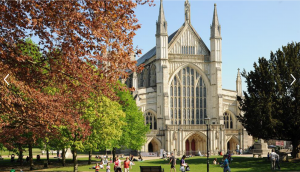 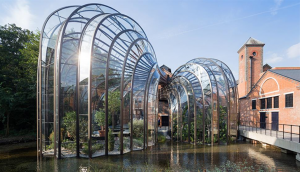 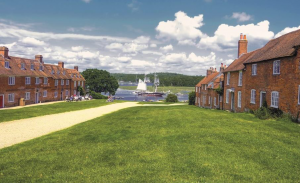 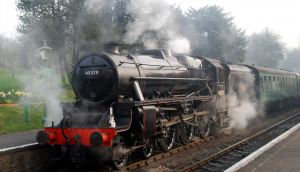 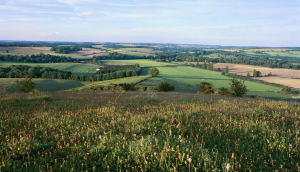