The delightfully decorated wooden cabin is very cosy and warm in winter; whilst being spacious, sunny and light in summer. There are two bedrooms: one with a king-size bed and the other with twin beds with Egyptian cotton bedlinen and memory foam toppers. There is also a well-equipped kitchen, a clean, contemporary bathroom, plus a utility room with washing machine. The private deck is a real sun trap with some shady areas and has numerous comfy outdoor sofas and a dining table and chairs. 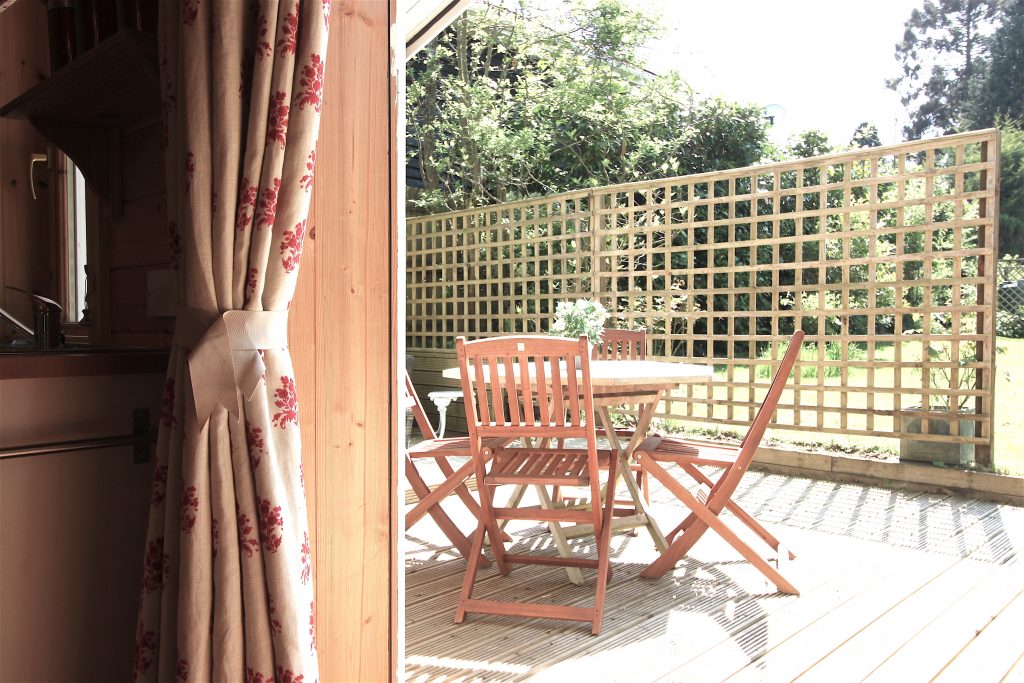 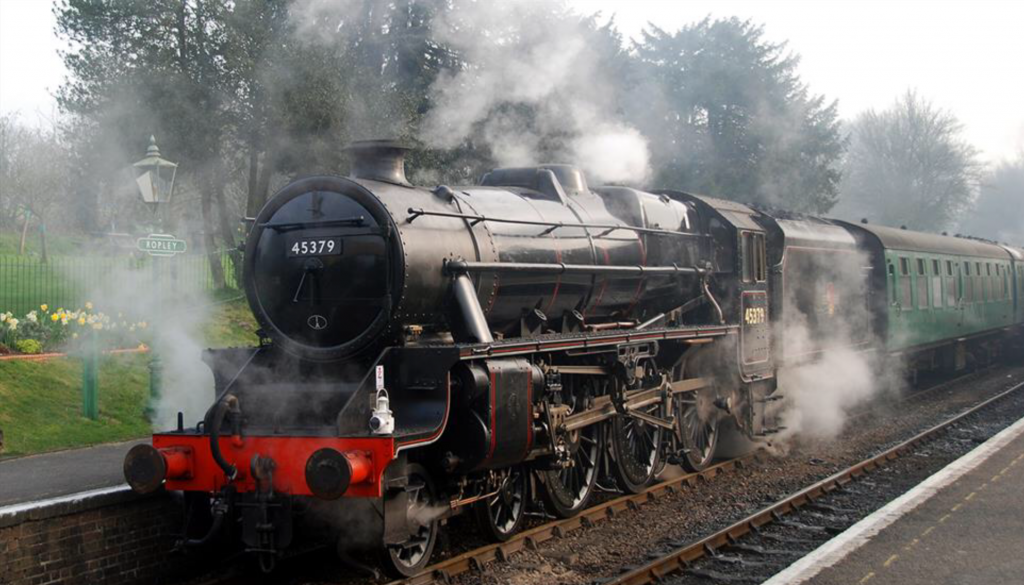 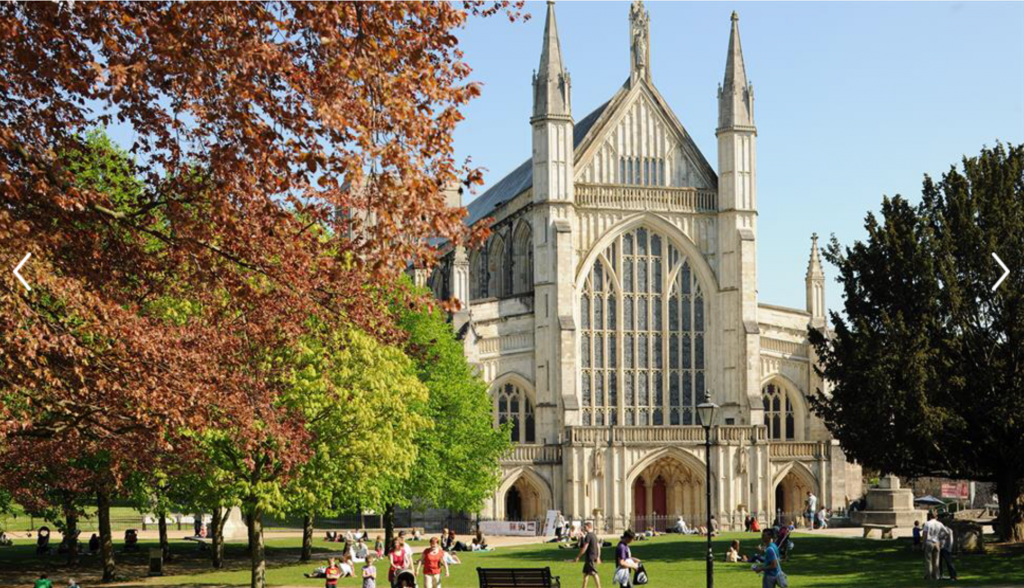 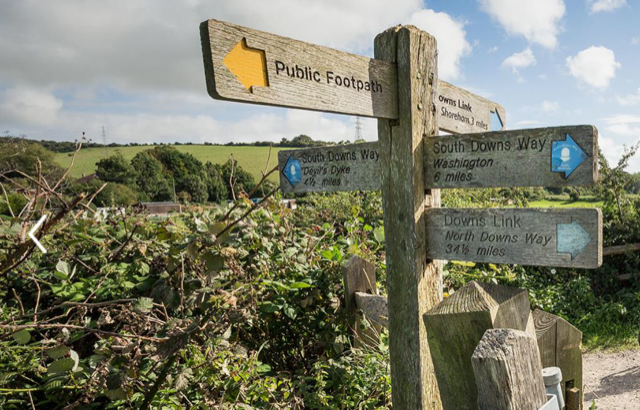 Other things to note

Ropley is a small rural village which has a well-stocked village shop and post office, cricket pitch, tennis courts and is on the famous Watercress Line, home to working vintage steam engines, including Thomas the Tank and friends.

The pretty market town of Alresford is just 4 miles away, with a host of fabulous boutique shops, such as Moda Rosa, Hetre, No 42, Alresford Linen Co, Roxtons and The Long Barn plus a handful of Interior Design shops. There are also several great places to eat such as Caracoli, Pulpo Negro, Mange 2 and The Long Barn, as well as a number of excellent pubs serving food: The Globe on the Lake, The Bell and The Horse and Groom.

Close by is the neo-classical mansion, The Grange at Northington, home to The Grange Festival of Opera and Dance, held during the summer months and also the National Trust house at Hinton Ampner.

Winchester is 9 miles away and, as the medieval former capital of England, boasts a beautiful cathedral, the famous Great Hall, which houses King Arthur’s legendary round table, and numerous historical museums. Ambling through the narrow streets of the ancient part of the city, along the banks of the River Itchen, is a must.

Winchester has also become something of a culinary destination in recent years, with Michelin-starred The Black Rat, Rick Stein’s, The Ivy, Hugh Fearnley-Whittingstall’s River Cafe, The Chesil Rectory, Hotel du Vin, Wykeham Arms and Raymond le Blanc’s Brasserie, to mention but a few.

There’s also the Theatre Royal and the Everyman independent cinema, where you can have wine and delicious food brought to your own comfy sofa while you enjoy the film! Every other Sunday, Winchester is also host to the largest Farmer’s Market in Europe and in December there’s the Christmas Market and Cathedral Ice Rink.

We’re on the edge of the South Downs National Park and a perfect place to start the 100 mile ancient trail of the South Downs Way, which starts in Winchester and ends near Eastbourne. There’s also very easy access to the numerous, beautiful south coast beaches, as well as the (misleadingly-named) New Forest, with 140 miles of track through ancient woodland, heathland and coastal areas for hiking, bicycling and horse riding, where you will wander among free-roaming ponies, donkeys, cattle and deer. You can also visit the 18th century shipbuilding village at Buckler’s Hard on the stunning Beaulieu River or the nearby Beaulieu National Motor Museum.

On the coast, in the other direction eastwards, is the Cathedral city of Chichester, home of the Chichester Festival Theatre, one of the UK’s flagship regional theatres. The Weald and Downland Living Museum nearby is also well worth a visit, as well as West Dean Gardens, Pallant House Gallery, and Goodwood: motor racing circuit, racecourse and aerodrome; home of The Festival of Speed, Goodwood Revival and Glorious Goodwood. Portsmouth historic docks are also not far away, where you can visit HMS Victory and HMS Warrior, as well as the National Museum of the Royal Navy or go on a harbour tour.

Jane Austen’s House Museum, at Chawton, is just 15 minutes away and worth a visit. The Hattingley Valley Vineyard, is also just 15 minutes away, specialises in producing sparkling wines using traditional methods, and run tours and tasting events from April through to September. The Bombay Sapphire Gin Distillery, is half an hour away and also offers tours, cocktail tasting and masterclasses.